The guy who demonstrates about the device to me was pretty nice. He asked me a few question about my old experience with virtual reality and when I told him about my developments with DK2 he was happy that I know the device and hopefully, will not break the device 🙂

Putting on the device took a long time for me and in the end, it was not completely fit to my head and my eyes. I still was able to see below the oculus some parts of the real world and that will reduce the quality of playing with a virtual reality. I still did not have a chance to play with VIVE but hopefully, that supports big head people. Also, I have a colleague which cannot put on any of the head mounted displays.

When I see something on the display I noticed the display’s pixels are still too big and I could easily see the pixels. When I mentioned that, the guide asked me to not look deep into the picture and just enjoy it :). He also mentioned they already have a device with twice resolution in each dimension but as you need a more expensive PC for that, they just decide to not publish that version.

They showed me the demos from the demo pack known as “dream deck”. I also had the option to choose a game demo among three which I don’t remember their names properly but I chose “The Climb” from Crytek. You can see screenshots of the demos and a video of the dream deck demos (captured Game Hard 4.0 youtube channel) below: 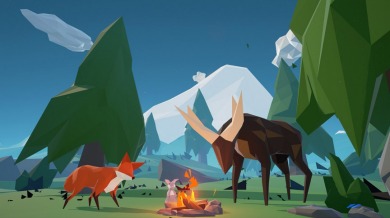 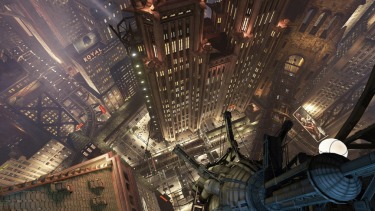 I really liked the demos and the experience was really exciting. It only was really annoying that I was not able to move into the truck too much because space was limited but anyway if there was I was limited to 120 degrees of Oculus tracker view angle and 2.5 meters cable. The guide told me it is possible to use 4 trackers at the same time to cover a bigger area with more freedom. Although, he said using an extension cable for the HDMI is possible, I believe this can reduce the quality and frame rate of the final output.

Altogether, the experience was amazing. The demo which I liked more than the others was “The Climb”. Because I am afraid of heights and by this demo, I was able to experience climbing rocks and looking down. I was looking ahead to try Oculus touch controllers but unfortunately, they did not have the controllers and I did try the demos with Xbox 360 controller which was quite OK 🙂

In the end, they also suggest me to buy an oculus rift for 679 Euros which I cannot spend right now on this device :). Soon, I will be able to try HTC Vive in our company. After that, I think I can decide on buying one of them.